Crystal Anthony (Riverside Racing) and Todd Wells (Specialized Factory Racing) took the pro events at the Boston Rebellion, held on Saturday at Adams Farm in Walpole, Mass. The race saw the successful return of UCI mountain bike racing to the state of Massachusetts after a lengthy absence. The Adams Farm course treated racers to classic New England trails, with riders either loving or hating the rocks and roots. 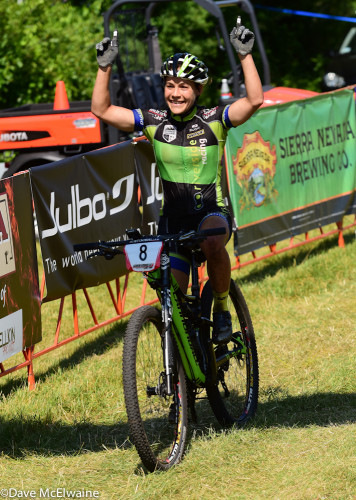 Anthony was one rider who absolutely flew over the natural hazards, having ridden the course multiple times over the prior weeks. After a good start, she settled in behind Luna Pro Team’s Magdalie Rochette upon entering the woods and then attacked at the top of the power line section midway through the lap. From there, she built a large lead which she held on to take the eventual win by twenty three seconds over Ellen Noble (Competitive Cyclist). Megan Chinburg came in third over three minutes back, followed by Rochette and Karen Potter (Pivot/MTBRaceNews.com).

“I’m psyched to see the ProXCT come to my home state,” said Crystal. “It was a great course and the pre-riding I did all week helped because today was all about when to conserve energy and when to put on the gas. It also helped once I was fatigued to know the best lines and all those little gains add up.” 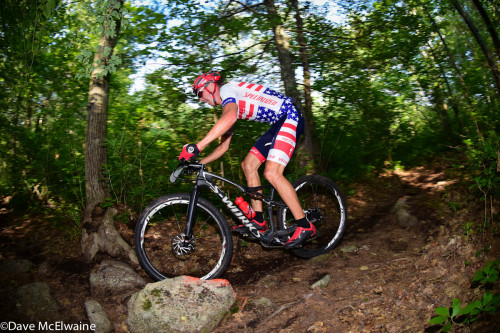 The men’s race followed a similar format, as Todd Wells got an early lead on the first lap and rode away solo for the win.

“There were three of us initially and then I managed to get a gap and go off by myself,” said Wells. “It’s always nice to be up front and set your own pace but it can also be tricky to keep your concentration. Seeing Dan (Timmerman) coming up gave me some motivation. It’s nice to get a win coming into nat’s. Mom and Dad live not too far from here so to have them in the feed zone cheering me on was great too.”

Of note was the performance of Dan Timmerman (Riverside Racing), who started last and passed everyone except Wells to finish in a remarkable second place. “Dead last call up,” said Timmerman stoically after the race. “I passed as many as I could immediately and then in the woods it was anywhere I could, even if I ended up running out of it. It became a matter of just getting around people as fast as I could.”

Racing concludes on Sunday with the final round of the Kenda Cup East series, and the Elite/Pro Short Track races. 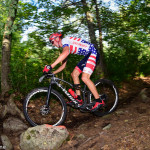 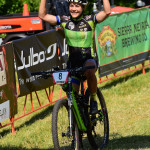 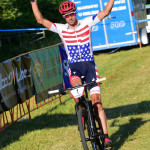