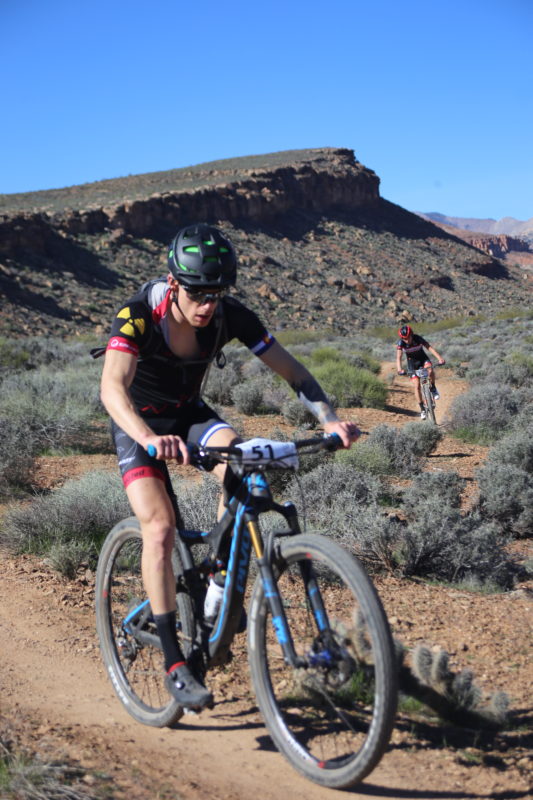 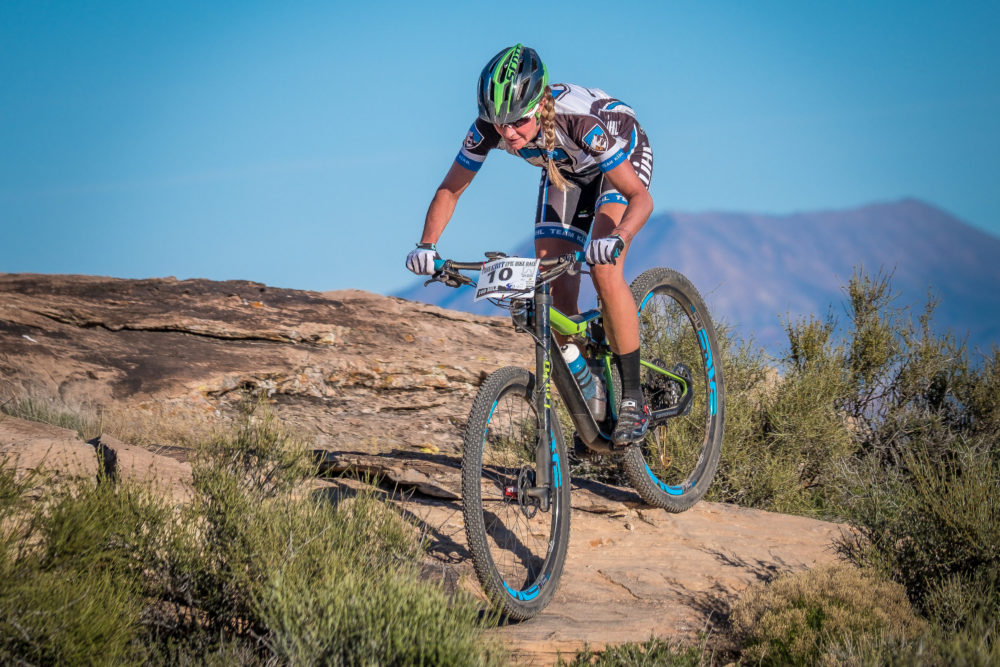 The Saturday morning sunrise brought with it the start of the third annual Wasatch Back 50 in Heber, Utah.

The second race on the Intermountain Cup’s endurance schedule, the Wasatch Back is a classic backcountry ultra-endurance test featuring big climbs and extended downhill runs that allow skilled bike-handlers a chance to overtake their slimmer climb-happy compatriotss.

This year’s Wasatch Back course featured two long laps of roughly 22 miles with each lap including Utah’s offroad version of Alpe d’Huez, a 1,600 vertical foot monster of a climb with closer to 40 switchbacks compared to the Alpe’s 21. Even for the fastest pros the climb takes over 40 minutes with not one section of flat to rest the legs on the entire 7-mile grind. And while the climbing is hard the descent from the top almost makes it worthwhile. Miles of fast, turny, singletrack darting in and out of forested hillsides rewards riders once they hit the summit. It’s a tough challenge but participants rave about the course year after year. 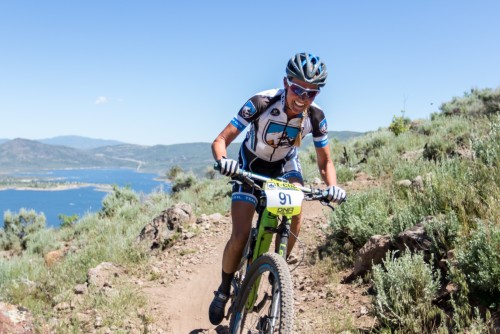 Competitive Cyclist honcho Justin Lindine took it to the pro men’s field right from the start. Lindine made his way to the front before the foot of the opening climb jumping in front of chasers Chris Holley (Kuhl) and Justin Desilets (Revolution/Peak Fasteners).

Lindine climbed fast enough to hold his advantage over the two chasers but really did the most damage once the trail took a downhill slant.

“I could see Justin on the climb the whole first lap,” Chris Holley said, after the race. “He never got that far in front of us until we hit the top. Then he just put it in a different gear and was gone.”

Indeed the long, techy descents worked right into Lindine’s skill set putting him solo out front and never at risk for the rest of the race.

Holley, meanwhile, was able to hold off Desilets for second. 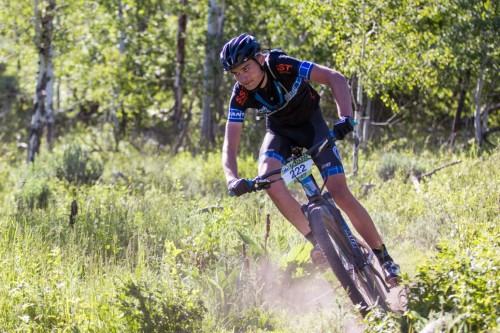 Zach Crane on his way to a win in the 19-34 expert category. Photo by: Selective Vision Photography

Unfortunately for the pro women’s field the course also fit perfectly with Joey Lythgoe’s (Kuhl) skill set. Climbs are her thing. The bigger the better and Wasatch Back has one of the biggest.

Lythgoe took full advantage crushing her rivals right from the start. After the race many of the expert men’s field could be heard judging their performance by how long they stayed with the pro women’s champion.

In the end Lythgoe would win by almost 10 minutes in front of Meghan Sheridan (UtahMountainBiking.com).

Sheridan overcame some of her downhill demons to take a well-deserved runner-up spot holding off a fast-finishing KC Holley (Kuhl) who was locked in battle with Carrie Porter.

Porter was riding in third position as the riders sprinted along the final doubletrack section of trail less than a quarter mile from the finish. She dropped into the final singletrack section with Holley on her rear wheel but overcooked a corner allowing Holley to squeak by and steal third place. 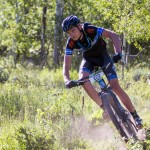 Zach Crane on his way to a win in the 19-34 expert category. Photo by: Selective Vision Photography 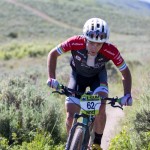 Justin Lindine hammers through the Wasatch Back course. Photo by: Selective Vision Photography 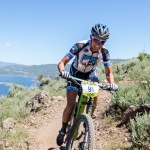