Get ready to climb! Day 3 of the Breck Epic is the circumnavigation of Mount Guyot. It’s a BIG day with 6000’ of vertical and 38 miles including 2 mountain passes.

Day 3 starts in downtown Breckenridge and it’s a mile long neutral start out to the Wellington neighborhood before racers start climbing the dirt French Gulch Rd. to Minnie Mine trail. This beginning section of the race is a climb and racers head up Minnie Mine trail to Side door trail, a short breathier down Prospect hill rd. then it’s climbing up Lincoln Park road. Once up Lincoln Park rd. it’s onto the flat Little French Flume before heading down Little French trail back to French Gulch rd. again and Aid 1.

After Aid 1, racers start a mellow double track climb with some rocky and watery areas on the trail to a very steep single track and hike-a-bike (for most people) up French Gulch. This is the first mountain pass and although the hike-a-bike is brutal, if you have the time to look around, it’s absolutely stunning. 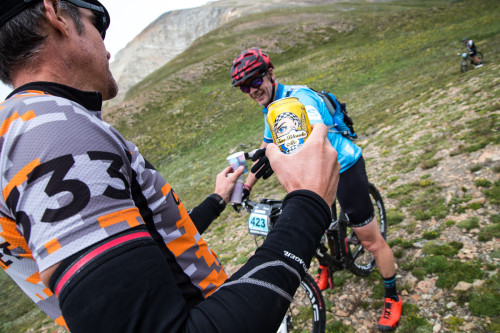 This is also where Jonathan Davis from Elevated Legs/9250 Cyclery, his son, Tanner and Brad from Carborocket hand out Skittles.

I wish I had a chance to grab some this year but I was too busy trying to motor on through to enjoy the rainbow.

Once over French Gulch, racers get a real backcountry epic descent down Michigan Creek trail into Aid 2. Then it’s back to climbing again as we head up Glacier Ridge road to the top of Georgia Pass; another beautiful mountain pass. 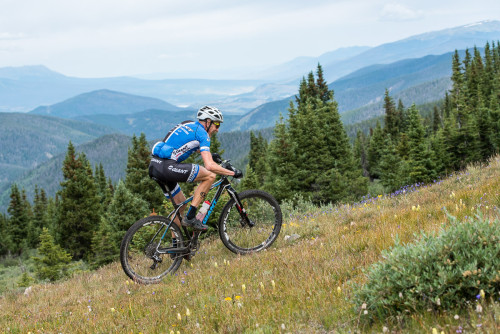 Again after the climb, racers are rewarded with some of the best singletrack as they cruise down the Colorado trail. The top part of this trail is a little rooty, but flowy and fast while the end section is rocky and very technical. All in all it’s a great backcountry trail. Then it’s a descent down the Middle fork road and Parkville rd. to the last aid station of the day.

One more aid station before the last big slug up American Gulch Rd. A long dirt road climb that gets steeper the closer you get to the top. Once up and over American Gulch Rd. it’s a fun descent down Lincoln Park rd., Side door and Minnie Mine trail. Then there’s one more up/down techy trail called Turks trail and finally B&B trail to the finish.

This year we got super lucky with the weather (it’s hailed on racers at the top of Georgia pass before, ouch!) and had cool perfect weather. The climbing in this stage is long and HARD but as one guy said today in the race at the end of the Colorado Trail, “I never thought I would get sick of descending”. It’s all worth it for the awesome trails we get to descend on. 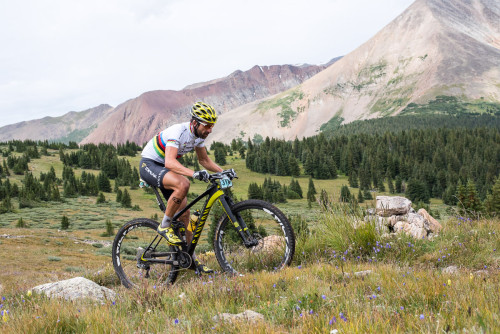 For the Epic 3 day racers Pro Men, World Champion, Alban Lakata won the stage today in 3:00:18 and finished 2nd overall (total time 8:17:23) behind his Topeak-Ergon teammate Kristian Hynek. Kristian Hynek finished 2nd today less than a tenth of a second behind Alban Lakata in a time of 3:00:19. He won the overall in a total time of 8:16:54. In third today and overall was the third Topeak-Ergon racer, Jeremiah Bishop who finished in 3:05:46 (total time 8:30:25). These three racers crushed all the previous records and spectators said were incredible to watch, especially powering up French Gulch today.

For the pro women today’s race seemed a little more spread out for the top 4 racers. Serena Gordon (Liv/Giant) started off strong and took a nice lead from the start of the race. Evelyn Dong (Shoair/Cannondale) , Kelly Boniface (Moots) and Marlee Dixon (Pivot/Epic Brewing) rode within eyesight for the first section and up French Gulch road where we were able to catch up and pass Gordon. 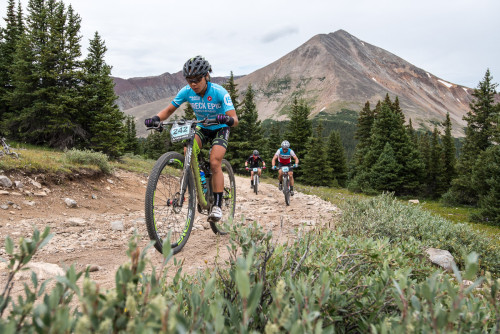 Evelyn Dong takes the lead for the day solidifying her lead in the GC. Photo by Eddie Clark

At this point Dong took off and pushed up the climb ahead of us. Getting up to the top of the pass, Boniface was in 2nd, Dixon in 3rd and Gordon in 4th.

Gordon and Dixon passed Boniface on the Michigan creek descent. Then Dixon remained in 2nd for the remainder of the race, never seeing the other girls despite being within 3-6 minutes apart. 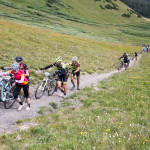 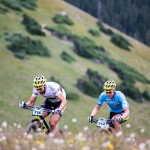 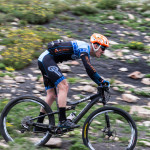 Drew Free drops into 6th place for the day and the GC. Photo by Liam Doran 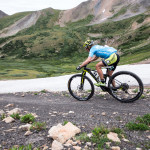 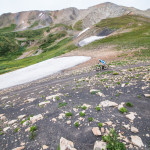 Riders hit snow on the higher parts of the climbs. Photo by Liam Doran 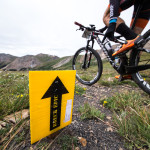 Riders on course at Breck Epic. Photo by Liam Doran 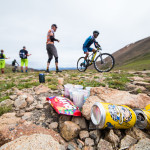 Skittles and beer were on the menu at this impromptu feed zone. Photo by Liam Doran 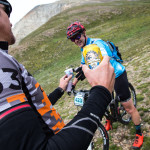 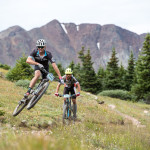 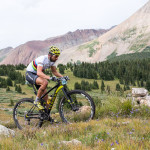 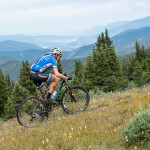 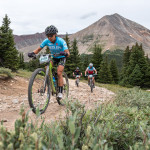 Evelyn Dong takes the lead for the day solidifying her lead in the GC. Photo by Eddie Clark