Dendel and Guerra Steal The Wins At The Hixon Forest Epic

Last weekend the Wisconsin Off Road Series(WORS) made a stop in the western part of the state for the Hixon Forest Epic. The 10th race of the WORS season took place on a beautiful day in the bluffs of LaCrosse, drawing in over 400 finishers. The course was like no other, with a lead out to a long gravel road downhill, with racers reaching top speeds. Once competitors reached the bottom of the bluff, they began the approximately 15 minute switchback climb back to the top where it was a half mile road time trial to the singletrack. Once racers reached  the singletrack it was tight, fast, rocky and rooty as racers maneuvered their way through the woods. 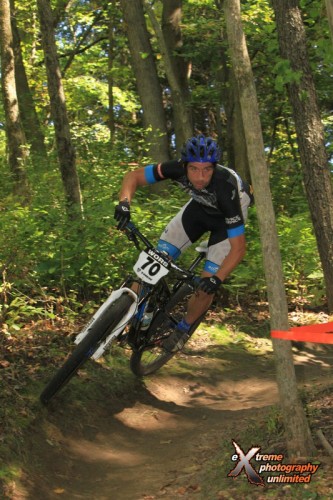 The Belgioioso Pro and Elite men’s field was stacked with many of our top riders, making it an interesting and nail-bitter type of race, all the way down to the final sprint. It started out with the field making their way down the gravel decent without any crashes. Once they got into the groove of the climb, Corey Stelljes (Motorless Motion/Cannondale) had a strategy of attacking early on the first lap, which he did causing a gap to open up early. Nathan Guerra (Vision Cycling) wasn’t going to let him go early, so he surged to catch Stelljes’s wheel. Once the two were back together, they both took another stab at attacking, Guerra in the single and Stelljes on the climb, but neither would be able to shake one another. 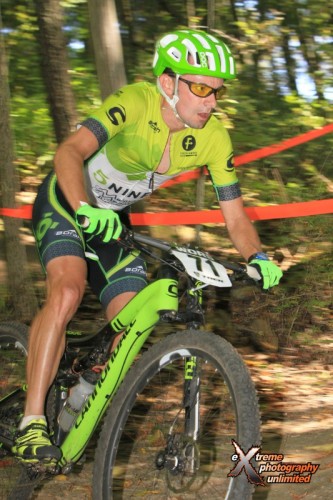 Once they entered the singletrack on the last lap, Guerra was able to put a little gap on Stelljes but crashed which gave Stelljes an opportunity. After coming out of  the singletrack it was a long, slight increase to the finish line. Stelljes was pushing the pace early, but when it came down to the line, Guerra took the win. Meanwhile, behind 1 and 2, there was a battle for the 3 remaining spots in the top 5. Brian Matter (KS / Energy Mosh), Tristan Schouten (Rolf Prima / Attitude Sports), and Cole House (Unattached) spent majority of their race riding in a pack together. No one decided to attack early, but left it for an intense finish. Cole house peeled off shortly before the line, leaving the sprint for 3 and 4 down to Schouten and Matter. Schouten came out on top by a tenth of a second with Matter finishing 4th and House respectively rounding out the top 5. 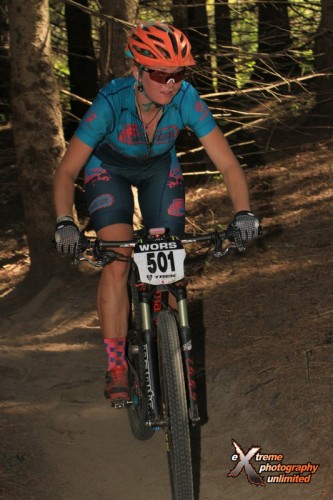 In the BelGioioso Pro and Elite women’s race there was a clear favorite: Cooper Dendel (Quick Stop Bike Shop). With the long gravel downhill and the fast singletrack, it was straight up her alley. Once Don said go, Lindsay Guerra(Vision Cycling) and Dendel checked out together setting a fast pace off the start to the gravel road. Dendel’s enduro skills set in as she was more comfortable descending down than Guerra where she lost her. 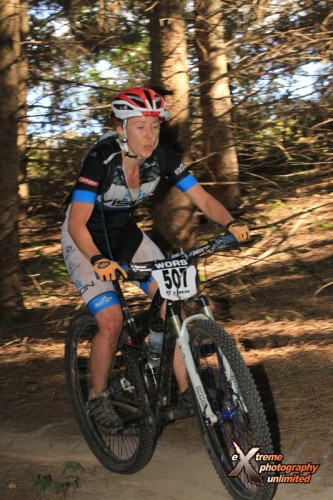 After that, it was mainly a solo effort to the finish for both Dendel and Guerra occasionally grabbing an Elite men’s wheel for a pull where Dendel eventually grabbed the top spot and Guerra finishing 2nd. Behind 1 and 2, were competitors Rachael Jensen(Team Wisconsin / KS Energy / Mosh), her first elite season, Sarah Agena(Hidden Bay/Cider Boys) and Heather Stelljes(Vander Kitten) battling it out for 3, 4, and 5. Jensen rode with the two Junior Elites for a half a lap until she slipped off, racing at her own pace, trying to stay in front of Stelljes. Stelljes was on the hunt but would not catch Jensen who secured 3rd place about 30 seconds ahead of Stelljes who finished 4th. Behind them finished Agena with a respective 5th place finish. 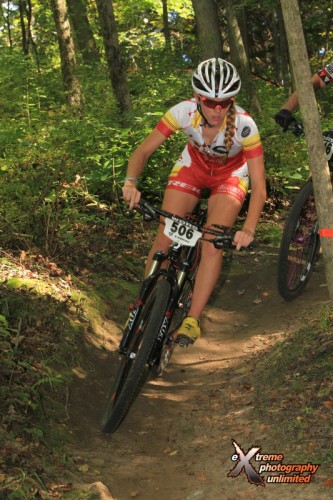 Join us in Sheboygan Wisconsin for our last WORS race of the season, Deb’s Most Amazing Outdoor Adventure. For more information visit http://wors.org/schedule/sheboygan/

Full Results From The Race Here