Report by Hanna Mork
Rockdale WI-
In the third event for the 2015 Wisconsin Off Road Series (WORS) presented by Trek, Cooper Dendel (Quick Stop Bike Shop) grabbed her third win of the season while Brian Matter (KS Energy/ MOSH) earned his first WORS victory of the year. Located at Camrock Park in Rockdale WI, the course is a favorite among WORS racers who love punchy climbs and rocky descents.  The start is a dash to the top, climbing for a half mile through the vendor area followed by lots of fast fun. Between sections of technical switchbacks, the course offers fast flowing single-track that runs through open fields of prairie grass. Plus, the infamous sprint to the finish which played a huge role for some racers this weekend. 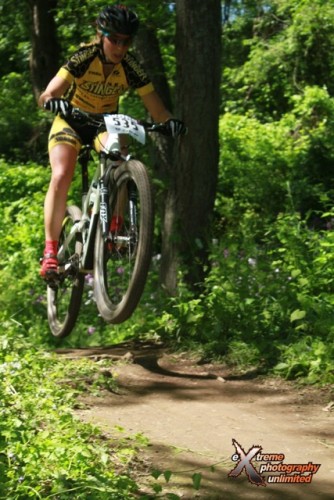 In the BelGioioso Cat 1/Pro Women’s event, Cooper Dendel (Quick Stop Bike Shop) proved once again that in 2015 she means business. Grabbing her third win, Dendel is on a hot streak. To her own admission, she loves the technical switchbacks that the Battle of Camrock has to offer. But it was not an easy win either. Dendel was followed closely by Abigail Strigel (Honey Stinger / Bontrager). Strigel made her 2015 WORS debut with a second place overall. Strigel was very excited to return back to WORS and had a goal of trying to stay with Dendel. This didn’t quite happen at this race, but Strigel wasn’t too far behind. At the start of the race, Lindsay Guerra (Vision Cycling) attacked the first hill and blew a lot of steam. But even after her hard push and her recovery time, she finished with a respectable 3rd place. Behind Guerra, finished Anna Ganju (Colectivo Coffee) in 4th place. 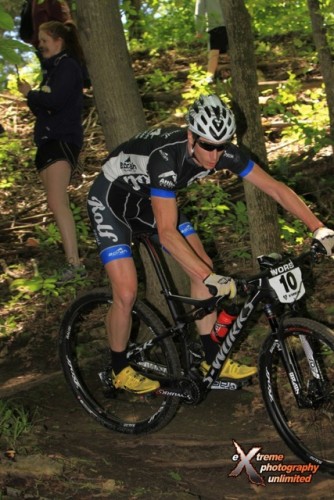 Tristan Schouten on the switchbacks. Photo By: Extreme Photography

The BelGioioso Men’s Cat 1/Pro race showed the reigning WORS overall champion, Brian Matter (KS Energy/ MOSH), climbing to his first victory of the year. The pressure was on the entire 4 laps as different competitors fed off of each other to keep the pace high. After the first lap there was a lead pack of four: Tristan Schouten (Rolf Prima/ Attitude Sports) who led Corey Stelljes (Motorless Motion/ Cannondale), Matter, and Nathan Guerra (Vision Cycling). At the start of the second lap, Guerra took over and put a 25 second gap on the chase group. But with his lead came a price. The ever changing course did not leave many opportunities for water and he was not able to stay properly hydrated. Due to the lack of fluids and Matter being close behind, the final lap would prove to be his most challenging. Matter was able to close the gap and sit on Guerra’s wheel while waiting for the last climb.  The two sprinted to the finish which gave spectators the thrill they expect from a WORS event. The wheel to wheel action had fans excited and cheering for their favorite racer to win. Even though Guerra trailed closely behind Matter in the last single track climb,  Matter had the edge for the uphill sprint. As the two competitors battled it out, Guerra wasn’t able to get around Matter as he pulled off the sprint by 0.6 seconds. Matter won the Battle of Camrock, but Guerra still leads the overall points competition. Behind Matter and Guerra finished Stelljes with a 3rd place. An honorable mention also goes to Issac Neff (5nines/ Motorless Motion Bicycles) and Tristan Schouten, who grabbed 4th and 5th respectively. 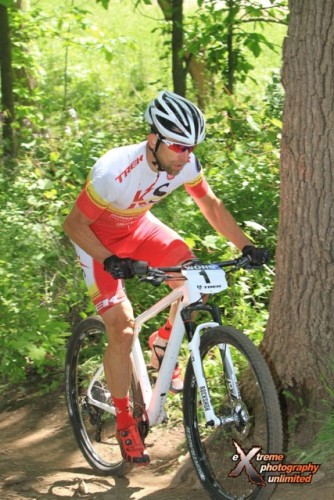