Another cross country mountain bike series closed its books for 2014 this past weekend. The nationally recognized Wisconsin Off Road Series (WORS), sponsored by Trek, held its finale on Sunday in Sheboygan, Wisconsin. The Sheboygan Bicycle Company MTB Challenge has been the closer for WORS for many years and remains a favorite for hundreds of participants. With perfect weather and trail conditions, racers prepared for what would prove to be a fast and exhilarating competition.

Strigel had been the overall series winner for the past several years, but did not compete in enough races this season to overtake Dendel in series points. Dendel actually had enough points that she could not have been caught, even before the finale in Sheboygan.

For her the race was about having fun and spending one last day tearing up the trails with her friends. While spending a lot of the race battling with Strigel, Cooper was able to break away on the slick rock section that precedes the famous “Equalizer” climb.

The Equalizer is a spectator hot spot that faces riders against the forces of nature while they try to climb without falling backwards. It is the mountain bike equivalent of a dirt bike trials run, where successful climbers get a fresh $5 bill at the top as long as they do not put a foot down.

Dendel opened the gap and a snafu left Strigel farther back than she would have preferred. Finishing second was Leia Schneeberger (Magnus). A recent addition to the Cat 1/Pro field, Schneeberger proved herself quite worthy after recently moving up from Women’s Open Class in her last race. This was her best finish to date, even beating out Lori Sable (Pedal Moraine), a regular to the podium, who finished in third.

The Belgioioso Pro Men’s race was a heated battle for a spectacular-friendly final event of the season. An early lead was taken by Cole House (Intelligentsia Coffee/Broken Spoke) with Tristan Schouten (Rolf Prima/Attitude Sports) hot on his wheel.

According to House, several of the leaders were taking turns attacking the group for a break away. Matter sat back for the first few laps, following at around fourth place. House and Schouten got tangled up in what was most likely a failed pass attempt.

The incident left Schouten unable to finish with what appeared to be a separated shoulder. Further mishaps left Guerra dropping from the lead group after flatting in a water crossing.

This left a much smaller lead group. Matter, much like Dendel, already had the series victory clinched before arriving at the venue. But, the Sheboygan local had never before taken the top spot on his own home course.

This was the only WORS race that he had yet to conquer. Knowing that Cole House is a very dominant sprinter, Matter’s strategy was to put some gap on him before arriving at the finish line. House has out sprinted Matter on this course before and Brian did not want to repeat history. House was right there to grab the second step of the podium while Matter’s teammate, Joseph Maloney finished in third. Justin Piontek came in fourth

The WORS season is never over until they have their famous awards banquet. The last stop before off season training is a fantastic dinner and social gathering for all of the series racers. 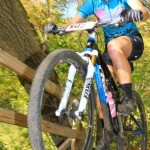 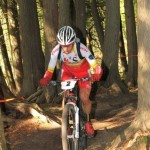 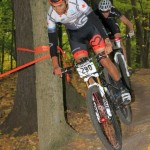