We had been looking forward to stage 4 all week; 84 kilometers of dirt! The excitement was high going in and we felt like we would have fun and probably open up our lead a bit more doing it.

Unfortunately, that plan quickly went down the toilet as I woke up with a nasty stomach ache and some unfriendly diarrhea. I thought maybe I could power through but once I sat down for breakfast the mere sight of food made me want to barf. 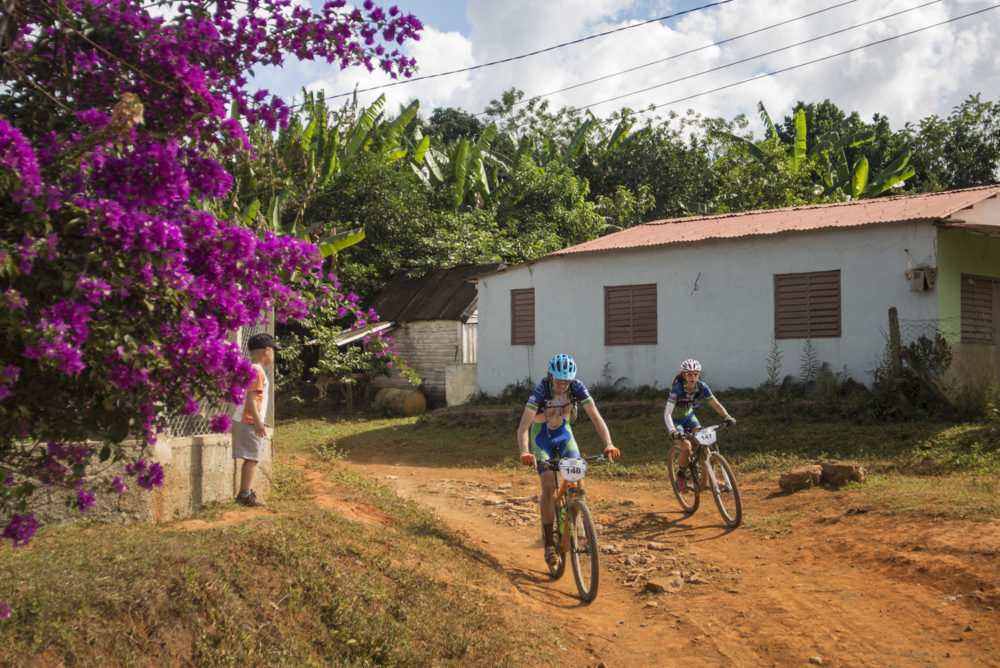 I nursed down a glass of orange juice and went back to the tent to get ready for the stage.

Yesterday had been long and hot with a humid night of sleep to follow so I wasn’t sure if I was suffering some dehydration or a stomach bug. Just in case I started taking an antibiotic I brought down.

I was excited to start the day because sitting on my bike was actually easier than trying to stand or walk. The first 10km went by mercifully quick but I had pretty much burned any matches I had at that point. 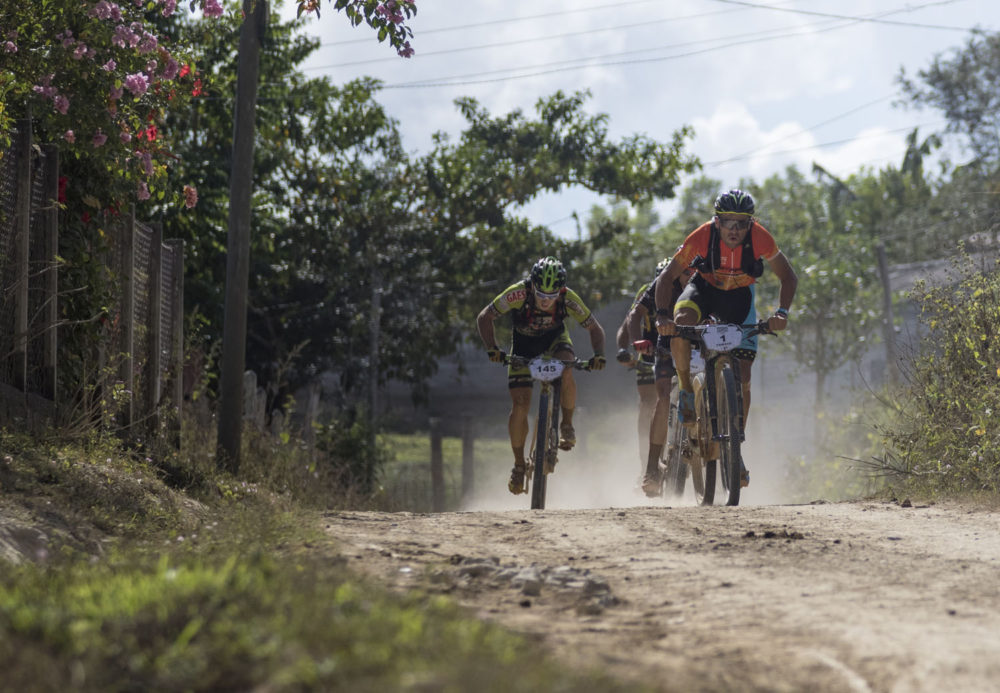 Race leader Diego Tamayo controls the front of the field from Vinales to Vinales. Photo courtesy of Titan Tropic by GAES

I was walking all the climbs. Jen took my heavy pack with all the tools and let me carry her lighter one but that barely helped. The second-placed team quickly passed us and I could tell by their urgency they wanted to put some time into us.

When I could ride Jen would push and pull me the way I do for her most stages but I still couldn’t keep up with her. Finally, after about two hours of suffering and harboring serious doubts that I could finish the day I managed to get some Honey Stinger energy chews in, the first calories I had eaten all day. I followed that with a little water and things were looking brighter. 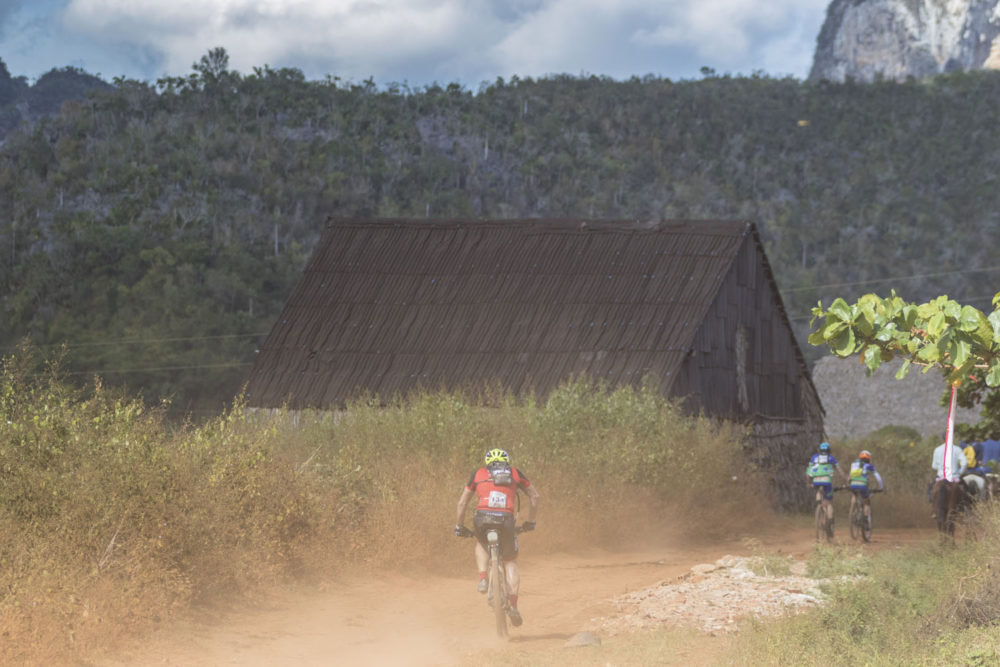 Racers power past a tobacco drying barn in the Vinales Valley. Photo courtesy of Titan Tropic by GAES

I could at least keep up with Jen on the flats. After a bit more time we actually passed a few people and were getting a good chuck of kilometers behind us.

At the third and final aid station I was feeling good enough to drink and force down a banana. We were off again. I gulped down one final drink and that put me right over the edge. Everything came back up. My mouth was like an uncontrolled fire hose ejecting every bit of water and food I had eaten the entire day all over my bike. 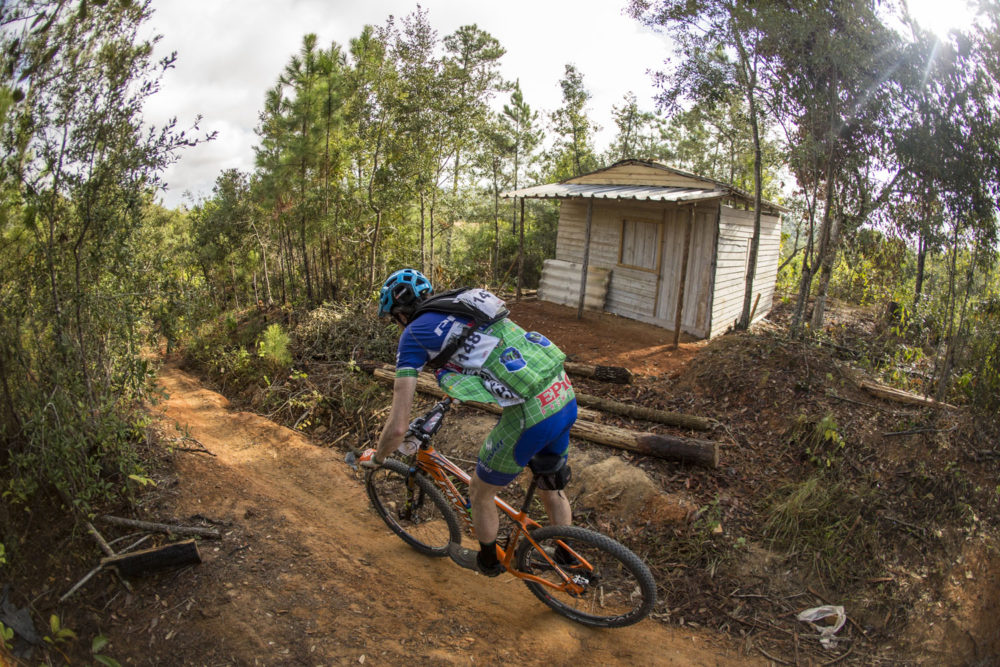 With nothing left in me I actually felt the best I had all day. The final 20 kilometers of the day weren’t fast but I could easily keep my legs moving unlike earilier in the day.

We crossed the line having lost just 18 minutes to our rivals. I immediately headed for the medical station.

Upon seeing me they put me on a stretcher and carried me into their makeshift clinic. My color was pale and skin was dry despite the 90-degree temperature and matching humidity. The team quickly placed an IV and started giving me fluids to replenish what I had lost. 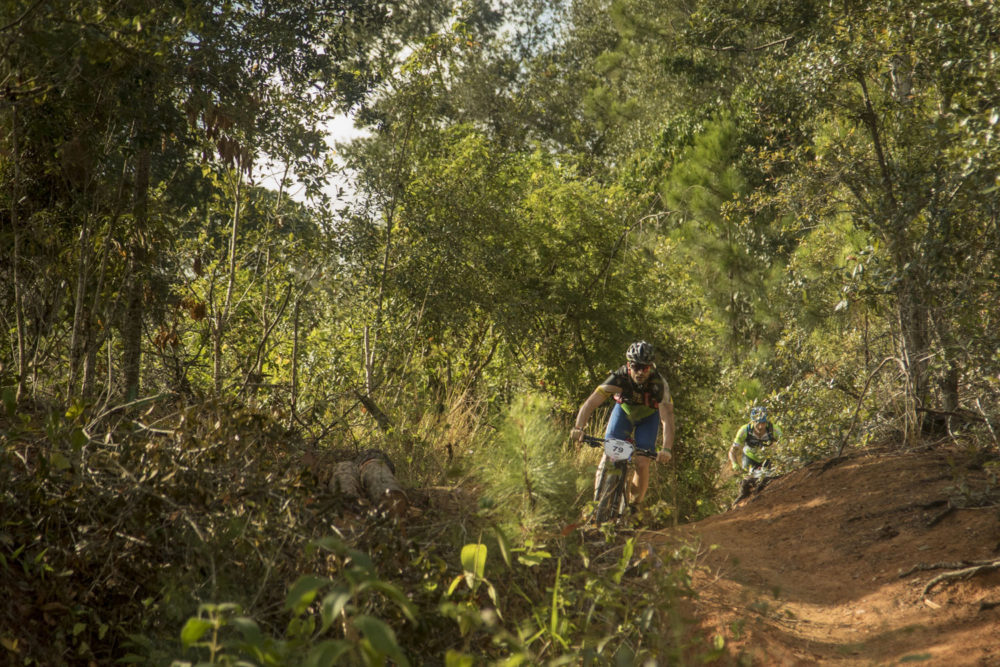 Stage 4 offered up the most dirt of any stage in the 2016 Titan Tropic. Photo courtesy of Titan Tropic by GAES

It helped. A lot! After 2 hours, a liter of saline, and something to help with nausea I was feeling much better.

Today was a real struggle but also a great test of the mixed duo team category. Today it was the female partner pulling her teammate along. Doing everything possible to put in the fastest time and it worked. Without Jen’s help I very well may not have finished and definitely would have lost a lot more that 18 minutes.

Now I just need to get some food in me before tomorrow. It’s the shortest stage of the week but 68 kilometers could be impossible on two days without food. 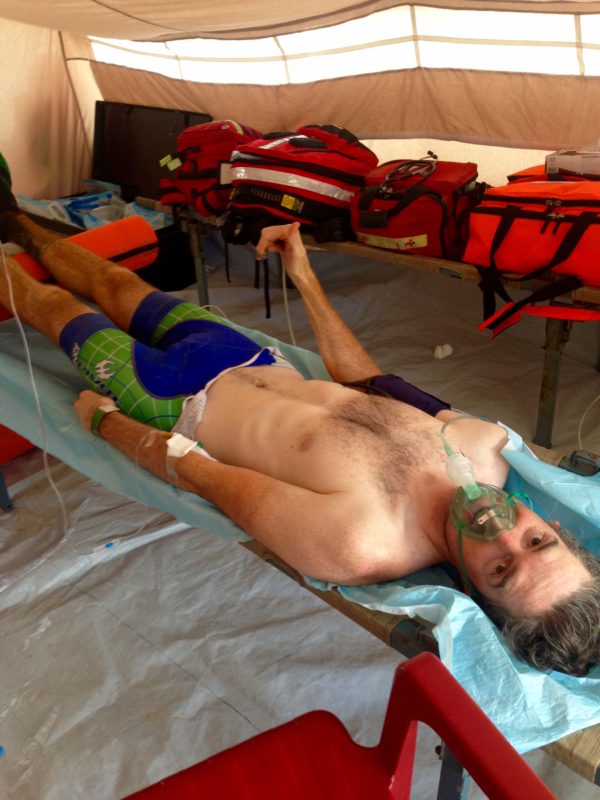 IV fluids and oxygen after the finish. Photo by: Jen Hanks 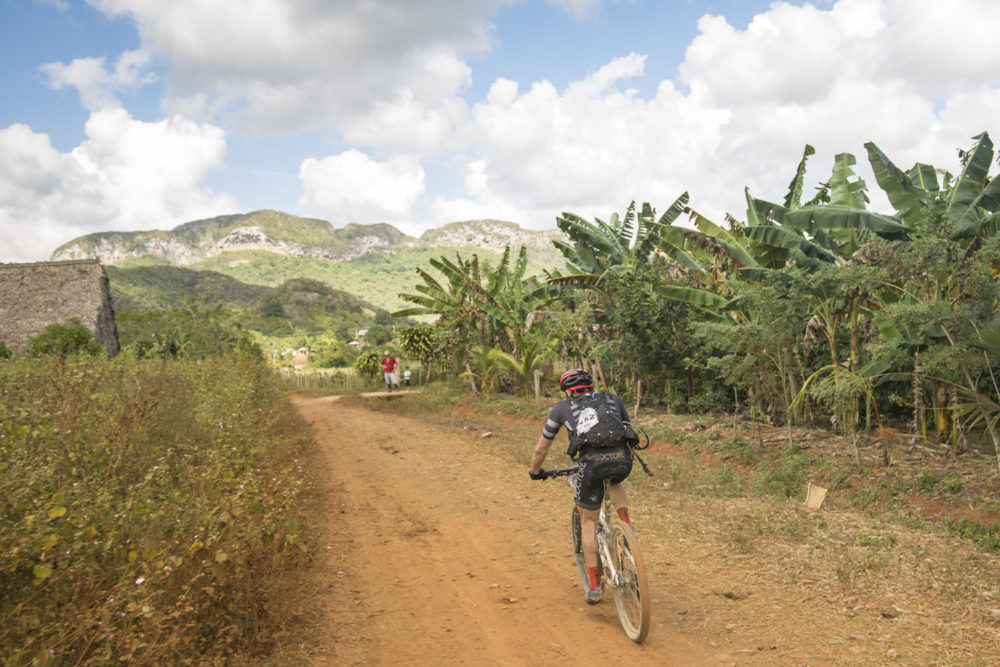 Raul Hernandez and partner Laura Ortiz look to pick up time on stage 4. Photo courtesy of Titan Tropic by GAES