On July 7, 2018, NUE racers headed to Sturgis, SD for the NUE Epic and Marathon races.  Previously a point-to-point race, the new 2018 course consisted of a loop format that started and finished in downtown Sturgis. 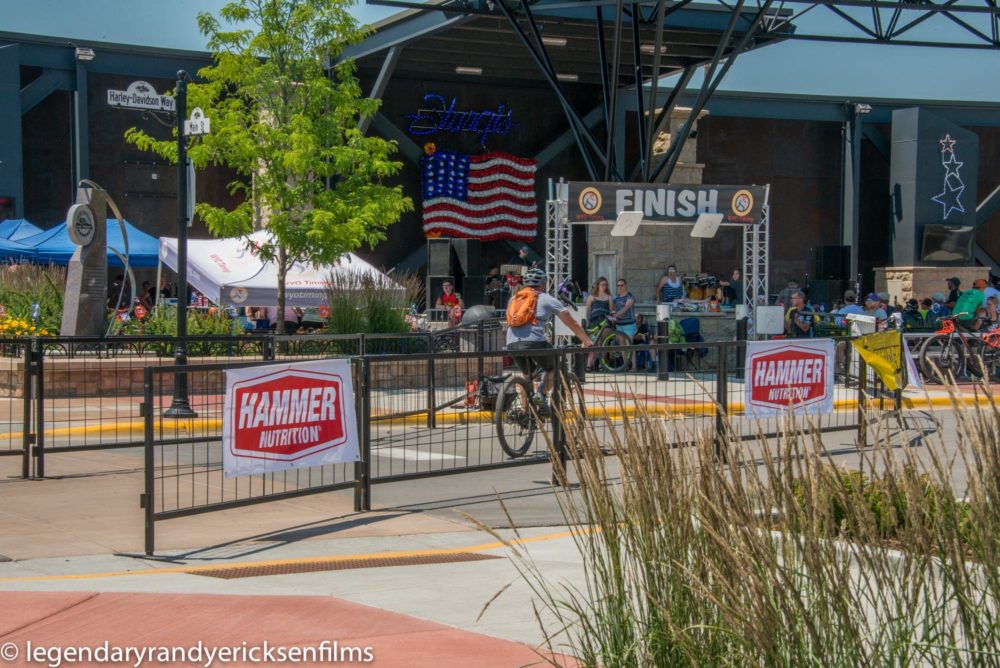 The new course was made up of loops A, B, and C. Epic riders started at 7AM and completed all three loops, 90 miles and 12,000 feet of climbing. Marathon racers completed B and C loops, 40 miles and around 5,000 ft of climbing. There was also a Sprint loop that only completed the C loop.  The neutral aid station on Main Street also served as the start and finish for all races.  The volunteers helped make sure racers were safe and directed traffic at all intersections. 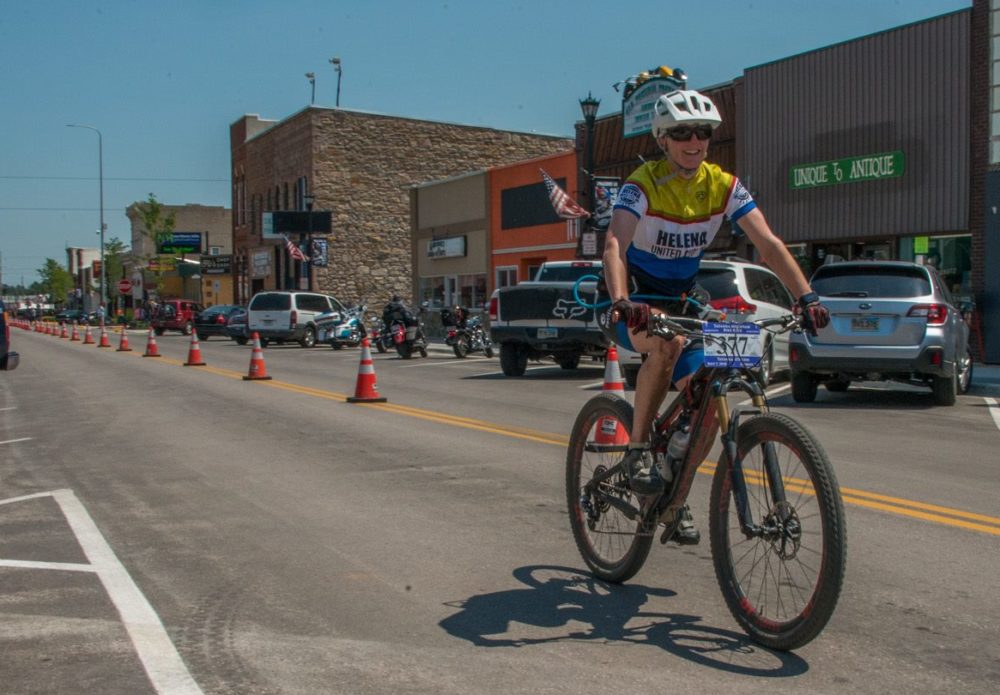 Sturgis is located in western South Dakota and is home of the world’s largest motorcycle rally.  This area is also quickly becoming popular with mountain bikers. Racers rode on parts of the Centennial trail, which is located in the Black Hills mountain range. 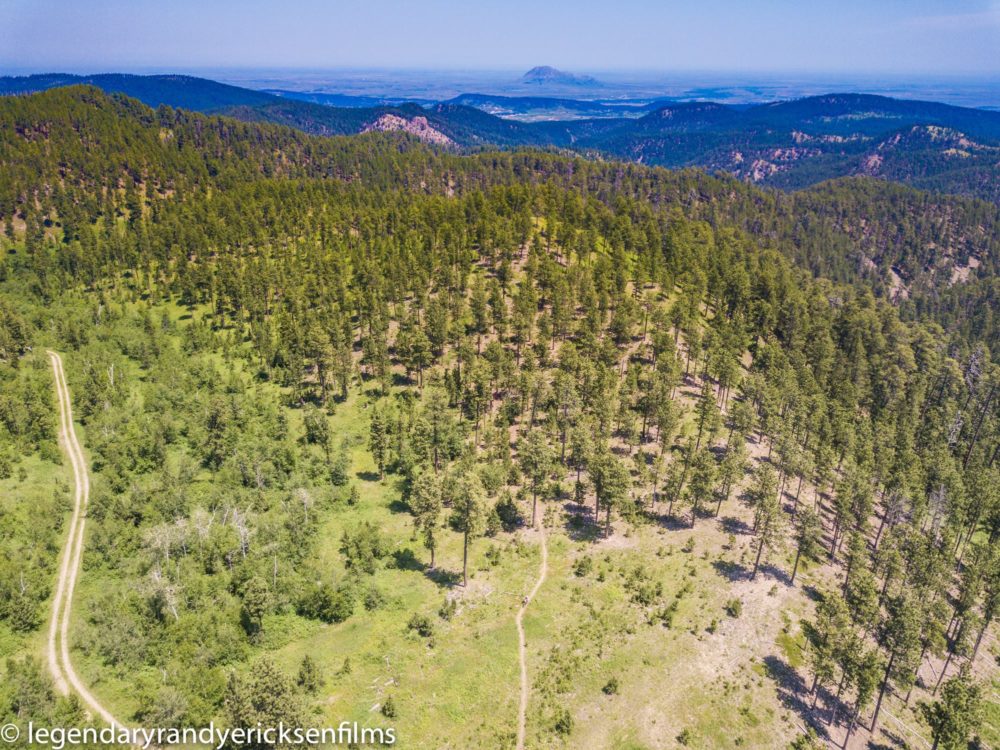 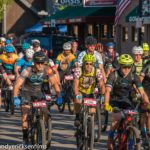 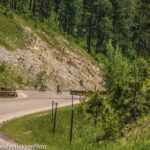 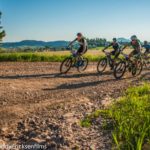 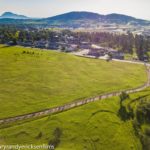 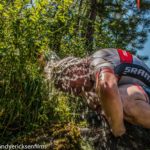 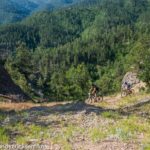 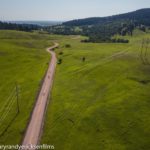 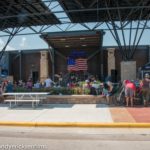 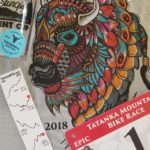 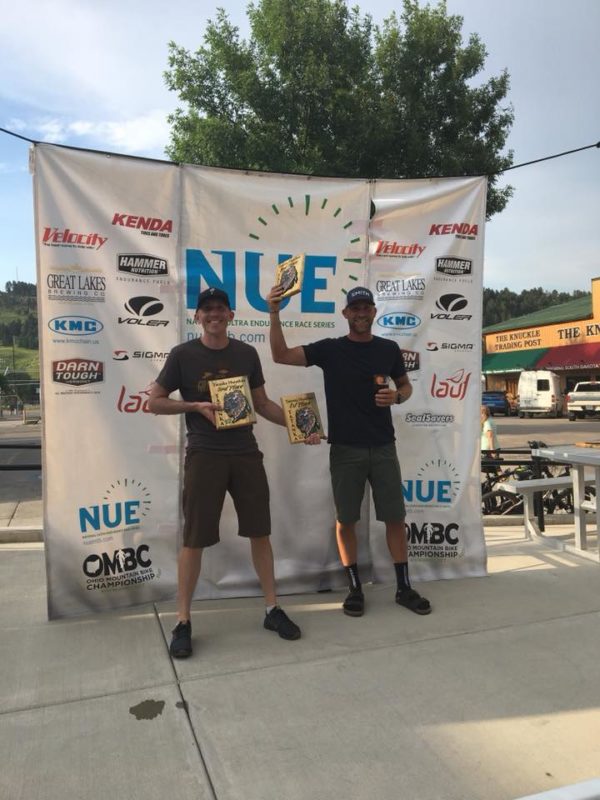 Winning by only a couple minutes, Ian Easton takes the men’s open win in 3:45:34.

“The crew in Sturgis really knows what they are doing. They pretty much have everything dialed from the new course to the volunteers. Who spent all day in the scorching heat stopping traffic at every intersection and getting riders whatever they needed.  Thanks to everyone who had a hand in putting on this killer event. 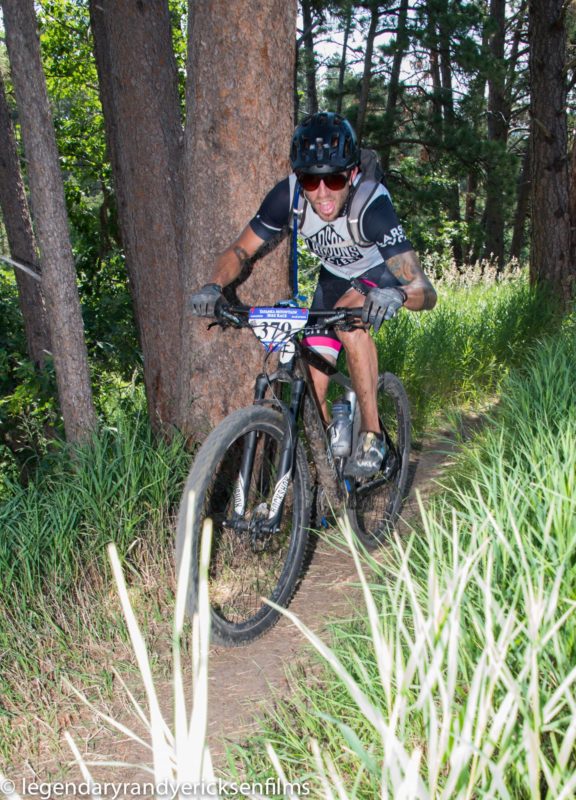 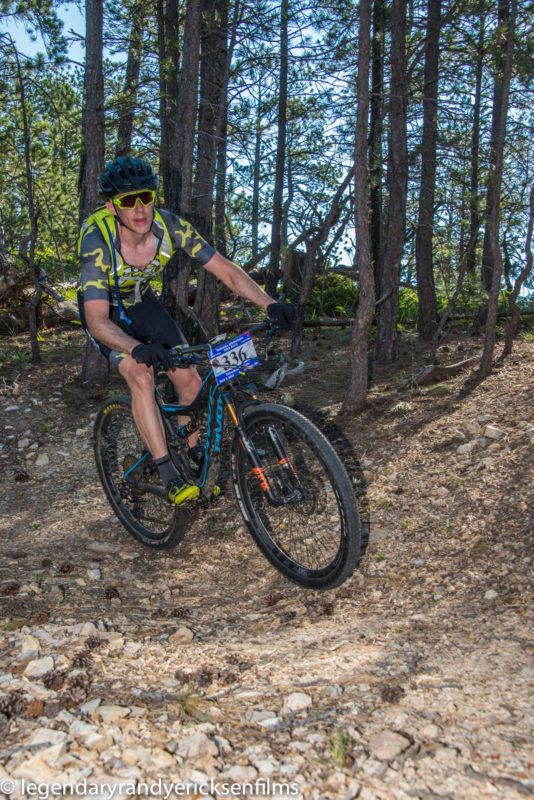 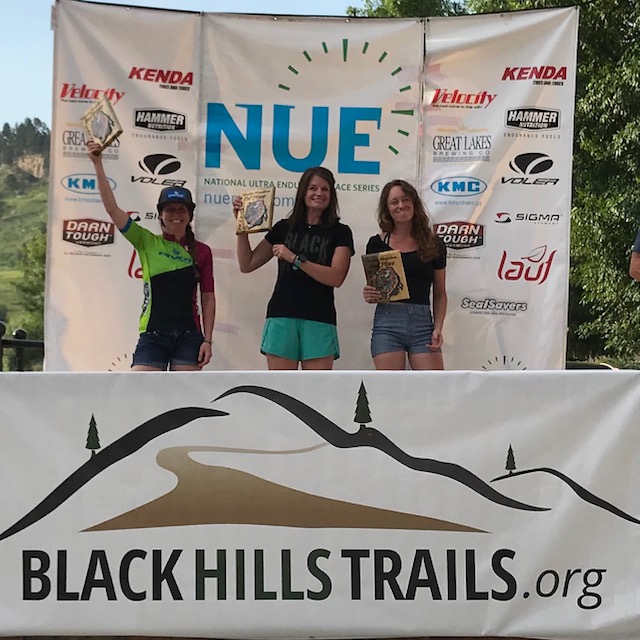 “First, I want to thank Cranky’s Bike Shop, located in downtown Rapid City. They always hook me up and make sure my bike is dialed and ready to go, even when I procrastinate and bring it in a half hour before they close the night before a race!

I love riding and racing in the Black Hills. We have a fun and supportive bike community, which was much needed this last weekend during the Tatanka race. With temperatures nearly 100 degrees, the conditions were brutal, but I fed off the energy of all our volunteers at aid stations and spectators along the course. THANK YOU, volunteers and race directors for the high-fives, cheering, and buckets of ice to keep us going!

The first loop of the Marathon (loop B) follows some of my favorite sections of the Centennial Trail. I was smiling from ear to ear flying down Bulldog! Thanks to the Wednesday Night Series in Sturgis, put on by Xtreme Dakota Bicycles, I didn’t have any surprises for trail conditions or steep climbs on our second lap (Loop C). This lap was straight survival-mode for me, my goal was to keep my heart rate down and just keep pedaling! After finishing the last climb, I was just so stoked to stay on my bike and to finish the race!

“This is my second year racing Tatanka but the race course was completely new this year. The temps were scorching again and I knew it was going to be a hot day. The marathon race started at 8 and it was already hot! A motorcycle escort took us out of town and then we were let loose on the canyon climb.
Erin and I stayed together for most of the 17 min climb out of town. Having pre-rode a bit, I knew there was more single-track climbing ahead and I slowed the pace so I didn’t burn all my matches on the first climb. On the first downhill the trail was extremely dry and loose. Before I knew it, my front end washed out on a downhill switchback and I lost sight of Erin.
Relieved when I came up on the first aid station, I filled some water and got some ice around my neck. I knew I shouldn’t be stopping at all but I needed to get my temp down. It was scorching and I didn’t dare run out of water here. 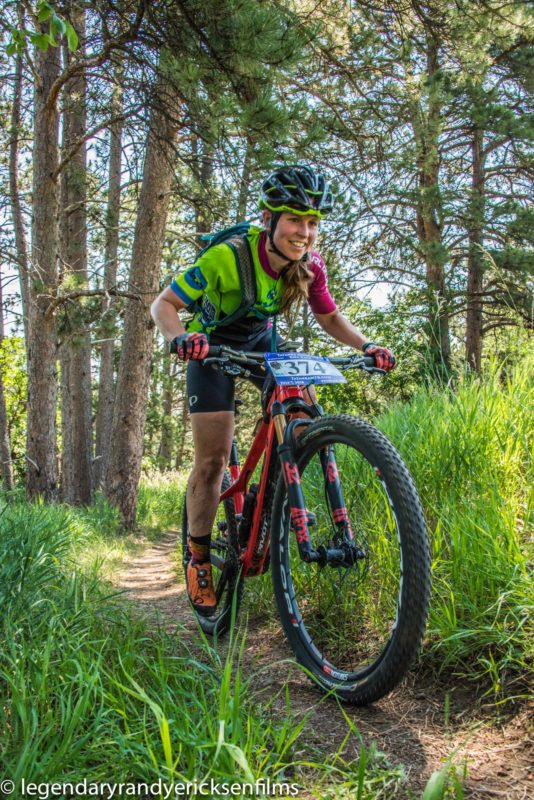 I spent the next few hours trying to ride smooth on my Pivot Les and make up some time. Around 2.5 hrs in I started feeling great, hot, but my legs felt good. At the end of B loop I grabbed my pack from the cooler filled with ice cold CarboRocket and a few Honey Stinger gels and set out for C loop.
The beginning of C loop was exposed prairie. I focused on reeling in the next rider I could see across the prairie grass in hopes of catching the Erin. I pushed the pace on the climbs and had fun dodging cow patties and trying to stay upright in the sand mines.  The last climb was unexpectedly steep. The finish line finally came and was rewarded with a ice cold misting machine to cool down.

About forty minutes back, Michelle Stampe, finished third in 4:48:59.

It was my first time riding the Centennial trail and it was ripping good fun! It’s one of the most sustained downhills in the area, and it doesn’t disappoint. I’m pretty sure race director Kevin Forrester designed and built most of the trail we rode on Saturday, and he seriously knows how to build flow trail. The Centennial takes riders up high for some amazing views and gravel/sand/dirt riding, and then descents through classic Black Hills pine forests with fast turns and well designed water bars to give riders a little lift;). Loop C took us through the prairie, and boasted an incredible view of Bear Butte. The riding on this loop was a little more technical, but the entire course was 100% ridable, which makes for an outstanding 40 miler course. I was really impressed by the riding in Sturgis.
The aid stations were staffed with amazing volunteers–everyone was quick to offer up some ice and fill up bottles. Their was even a mister at the aid station in downtown Sturgis, which was ohhhhhhsogooood. I will absolutely be back to ride the Tatanka next year, despite the weather.” 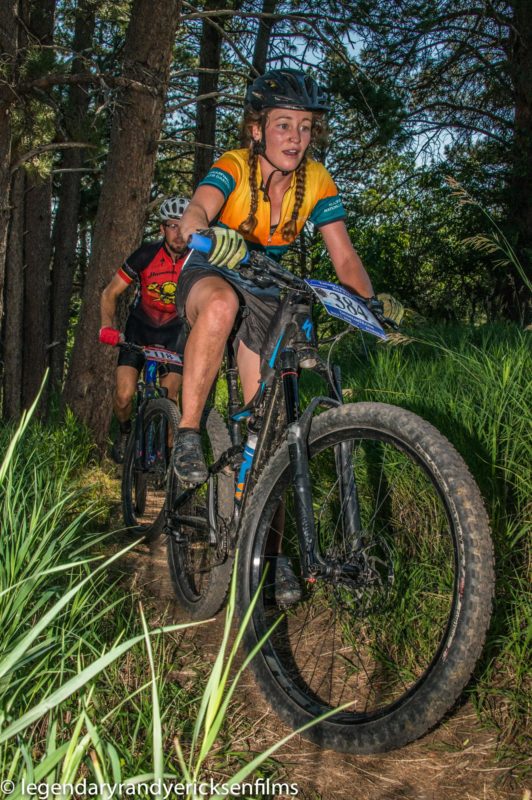 Toops makes it two in a row 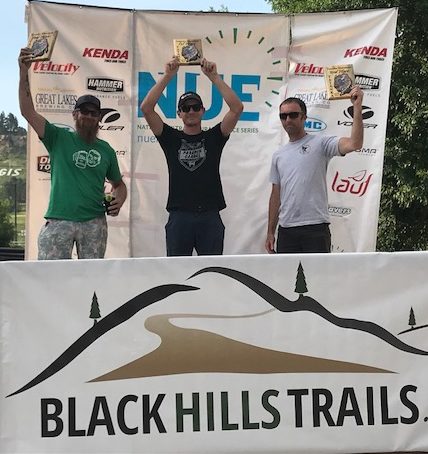 Coming off a win at the NUE Iron Mountain, Anthony Toops takes another NUE win with a time of 3:54:43. With this win, Toops and Kunz are tied for the NUE overall singlespeed division.

“Tatanka has proven to be one of the toughest races on the calendar for me and this year wasn’t any different!  The extreme temperatures made for a tough day.

Again it was an Ohio single speed showdown! On the initial road climb Josh took the front and set a tough to follow pace. I decided to go at my own pace and was about 30sec or so back going into the first single track.  Josh and I came back together on the climb up before the first major downhill and we ended up riding together into the B loop aid.  On the downhill out of the aid station I got a rear flat and had to pull over to do some repairs. Josh kept going and was out of sight. I managed to pump a little air into the tire and get back on the trail (Initially I thought the tire burped but after the race I found a cut in the tread) 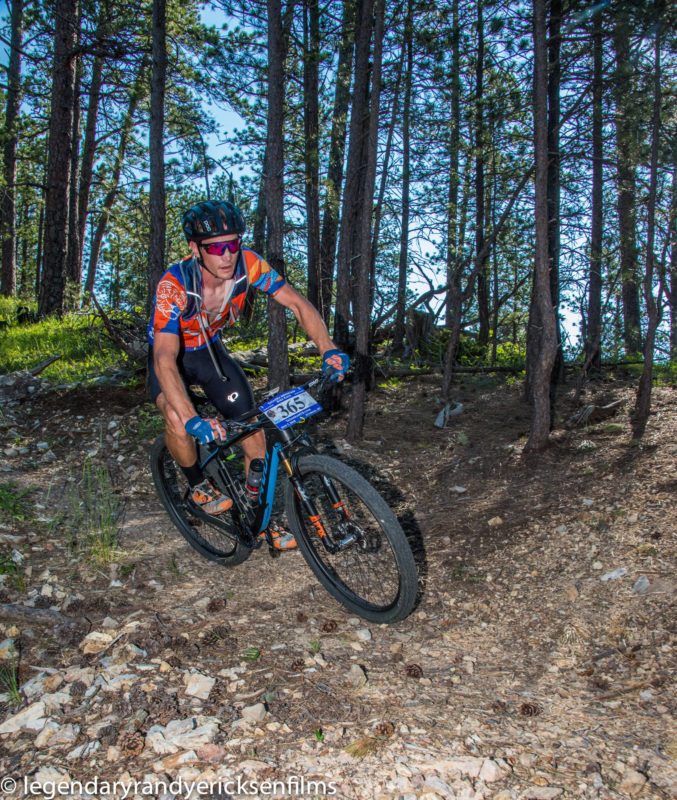 At this point I was worried I’d never see his wheel again but I decided to squash the negative talk and push on as hard as I could. On the downhill to I90 I made contact with him again which was a huge relief.  We rode together again until the climbing started at the FT Meade trails.  Josh stopped for some water just before the climb but I didn’t need to so I went on. This was where the race started to break up a little although I never let my guard down.

Across the finish line of loop B I grabbed two bottles and asked about a pump. My tire was really low (13psi confirmed post race) and I was worried it would de-bead in some of the fast corners.  No pump was convenient so I made the call to risk it and ride on. I knew Josh wasn’t too far behind because I saw him on my way out as he was coming in to the aid station.  At this point it was all or nothing; ride fast and don’t blow that tire!  Luck was on my side and I was able to cross the line first!
Sponsors: Paradise Garage in Columbus, Ohio 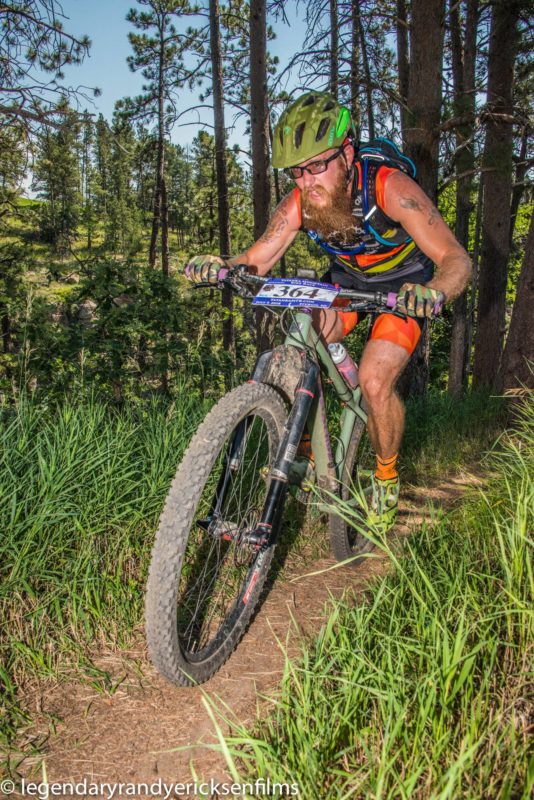 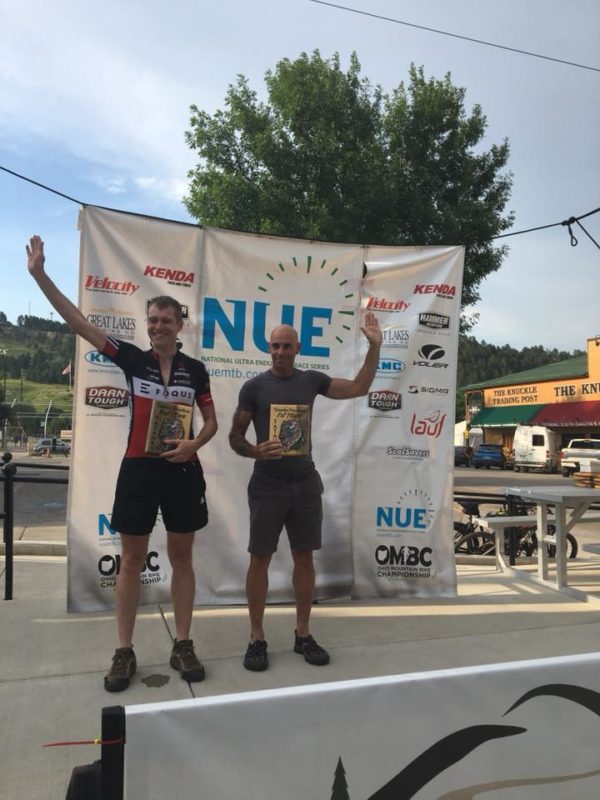 In a close race in the master’s division, Mark Llinares beats Mike Young by about three minutes, coming in at 3:50:05. Mike Young took second at 3:53:16.

“I am from Denmark, and we were visiting our family in Denver, Colorado. I wanted to do the Tatanka race, as it looked like a challenge and fitted our plans for the holiday.
From Denmark, I am used to doing mountain bike races in forests. But we have no mountains, and no rocky descents, so I was a bit apprehensive. We also never have it as hot as over here!
So the strategy was: Take it easy, drink a lot and survive! As it happens I found a good group at the front on the first climb, and managed the first descent pretty well. But towards the end of the first loop I was really feeling the heat and started losing time, especially on the descents. The second loop I went into survival mode. And what’s this with the last climb? I didn’t expect that, and I had to ride in my ‘granny’ gear.
Mentally I had this mantra going in my head on the last scorcher of a climb: “Stay on the bike, and don’t even think about walking”.
Brilliant race! I am heading back to Denmark now, where my focus is the local Hot Cup mountain bike series near Copenhagen, Denmark. Thanks to the organizers, and all you good people here in the US for this race experience!
Sponsors: Holte Mountainbike Klub, Denmark”

Eddy Reimer, rounded out the podium and took third with a time of 4:14:10.

What’s next on the NUE Marathon series? click here to register for the Wilderness 101k in Coburn, PA