Draper Utah’s, Corner Canyon played host to the fourth round of the 2015 Intermountain Cup with the Memorial Day classic Stan Crane Memorial.

Race directors did an excellent job of choosing the sandier trails in Draper. They chose surfaces capable of handling the spring rains while throwing in an all-new technical descent with A and B-line options to accommodate all level of riders. 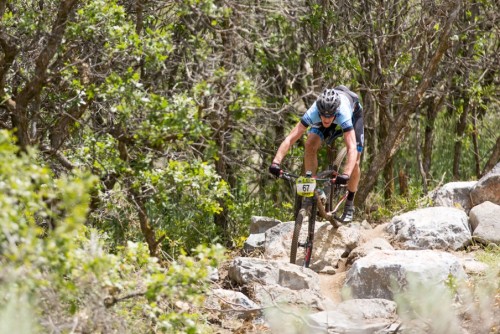 Once again Kelly Peterson and Bryson Perry wove together a masterful selection of trails that jacked the excitement level and brought in one of the largest fields of racers in recent history with 318 riders in attendance.

The pro and semi-pro men got off to a clean start at 11:30 with Mitchell Peterson (Canyon Bicycles) floating to the front highlighting his effortless climbing style.

Long open sections of climbing early in the race helped Peterson establish himself off the front until a mishap at the end of lap two left him wadded up with a lapped rider in the A-line downhill section.

“I lost a lot of time because my bars got twisted in the crash,” Peterson remarked. “I kept asking people who went by if they had a multi-tool I could use to fix it and then I remembered, I have a multi-tool in my pocket.”

Within half a lap he was back out front once again passing Free on another long climbing section.

Now in second Free had his hands full trying to hold off a group of 5 riders bearing down on him.

Chris Holley (Kuhl) would get the closest to the Revolution rider, almost making contact on the early climbs of the final lap but couldn’t hang on as Free shredded the scary-fast singletrack descents leading back to the finish.

Free wasn’t fast enough to catch Peterson who comfortably took the win in his first mountain bike race in over a year. 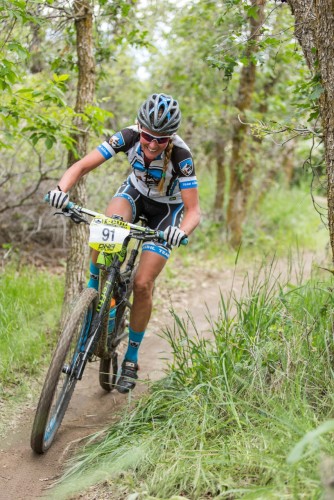 The pro women’s event touched off with a significantly more hectic start as several riders tangled while sprinting for the singletrack holeshot. Pivot/Epic Brewing rider Jen Hanks hit the pavement hard just before reaching the dirt.

The early crash didn’t slow down race favorite Joey Lythgoe (Kuhl) though. Lythgoe has won two races on the ICup XC schedule already this year and excels at the climbing courses like Corner Canyon.

She certainly didn’t disappoint as she established an early lead and never let off the gas throughout the nearly 2 hour race.

Lythgoe powered her way ahead on the climbs and was quick enough on the descents to hold off Stan’s NoTubes racer Sarah Kaufmann who was fresh off a Super-D race win on Saturday.

While Kaufmann did some damage on the downhills it wasn’t enough to close the gap on the lone leader.

Lythgoe’s all-around skill proved too much for everyone else as she cruised to her third ICup win of 2015.

Kaufmann rolled in second with a comfortable margin over third place. 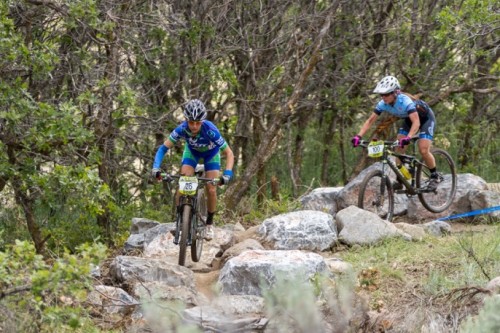 Jen Hanks leads Erika Powers through the rocks on the A-line. Photo by Angie Harker

Nicole Tittensor (Revolution/Peak Fasteners) occupied the third spot for most of the race holding off a late-race charge from Jen Hanks who mounted an impressive recovery after a heavy fall onto her left side 30-seconds into the race.

Spirits were high following the event as all participants shared stories about the race and the challenging aspects of the top-notch racecourse. An after race BBQ was hosted by Revolution Bicycles in honor of former team member Stan Crane who passed away unexpectedly in 2006 from an undiagnosed heart defect. 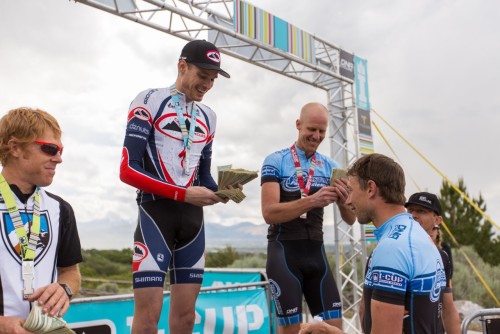 Podium spots come with stacks of cash at the Intermountain Cup. Photo by Angie Harker 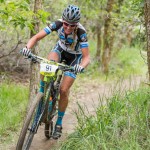 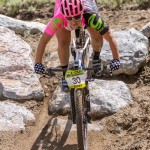 Sarah Kaufmann shows off her descending skills on her way to second place. Photo by Angie Harker 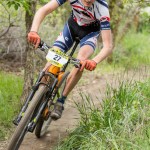 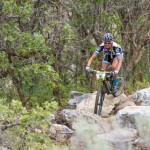 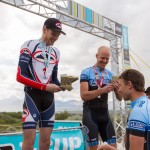 A focused plan now can help you get where you want to be this summer. Podium spots come with stacks of cash at the Intermountain Cup. Photo by Angie Harker 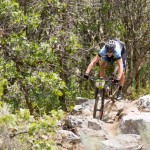 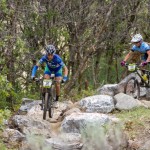 Jen Hanks leads Erika Powers through the rocks on the A-line. Photo by Angie Harker