Ridebiker Alliance presented by Sho-Air is proud to announce that it has acquired the Sho-Air Cycling Group. SCG is the owner of highly successful events the Kenda Cup East and West, the Catalina Grand Fondo and the premier North American mountain bike series the US CUP. SCG also owns the highly successful pro mountain bike race team (Team Sho-Air) and announces that this team will cease operations, effective immediately. Ridebiker Alliance will focus on its sustainable club team support program and event promotion, where it will continue its successful pro and amateur cross-country offerings as well as expand the events to have a more festival-like appearance and feel. Ridebiker Alliance will soon make a formal announcement concerning its nationwide privateer program in the coming weeks and is seeking industry support for those brands interested in sponsoring athletes nationwide at a high level. 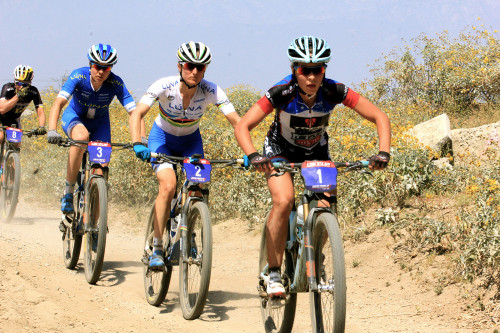 When asked to comment on the change, owner Scott Tedro replied “when I got into this, it was to help the greater cycling community. I believe we’re doing that with our series and certainly now with Ridebiker’s club support. RidebIker is our opportunity to expand on this with the club support model and to promote riders with pro aspirations. I also felt that Sho-Air running a factory team was in conflict with providing a non-biased high-level race series. This leaves us able to sponsor individual teams without manufacturer conflicts, like the fabulous women’s Twenty 16 Pro Cycling Team, who just won two World Championships!”

On closing down the factory team, Tedro said “Sho-Air executed its 120-day option and notified the riders with time to find other sponsorship opportunities. We paid out their contracts which included a four month severance package. I’ve run multiple factory teams with various brands and have enjoyed their support tremendously. I feel this is the best way I can benefit all manufacturers and grow cycling in an unbiased way.”

Ridebiker has also hired long-time industry expert and well-known voice at mountain bike and cyclocross events nationwide, Colt McElwaine. “My work in the cycling world has always focused on building community and trying to enhance the user experience of riding and racing bikes in North America. With Ridebiker Alliance, I now have the ultimate platform to bring about change at the highest level of the sport,” said Colt.

Colt will work closely with Ridebiker’s Rory Mason, a twenty-five year industry veteran with international sponsorship experience at the highest level of the sport, to manage and grow all aspects of Ridebiker Alliance. Any brands interested in supporting Ridebiker Alliance’s sponsorship efforts should contact Colt or Rory.